The Heal’s Modern Craft Market is back and this year our focus is on the exquisite crafts from the ancient Japanese city of Gifu. Delicate and expertly-made crafts have been synonymous with Japan for centuries, and today there is still the same emphasis on intricacy, legacy and tradition.

Our celebration of Japanese crafts aims to shine a light on the independent makers from Gifu as well as the beauty of their products – by connecting creator and consumer, we hope to paint a picture of “authentic Japan” in all its beauty.

Besides crafts, Japan is known for its recognisable design aesthetic. Closely tied to the principles of its ancient crafts, many designs from Japan are made from natural materials and tend to feature traditional elements and pared back forms.

In this blog, we’re taking a closer look at what makes Japanese design so special.

What is Japanese Design?

When people think of Japanese design, they envision minimal, uncluttered spaces with a few select designs scattered throughout. Sliding doors, natural materials and low lying furniture are all synonymous with the country’s interior design.

Contemporary Japanese designers, whether consciously or not, have carried on the legacy of Japanese arts and crafts, and this enabled them to create their particular code — simple, white, delicate and meticulous — now seen by the world as Japanese design. 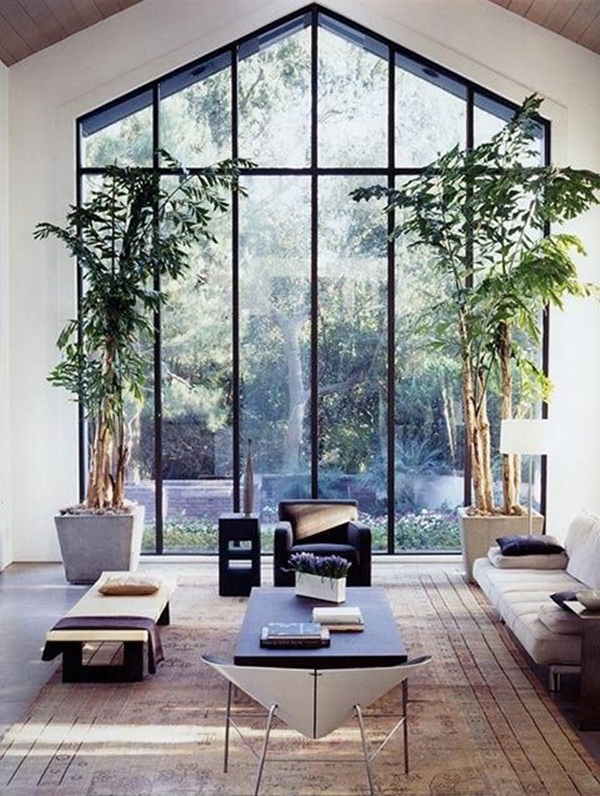 When it comes to furniture, the approach is similar – natural materials, organic shapes and a pared-back aesthetic tend to be prevalent.

The Noguchi Table, designed by Isamu Noguchi in the mid-20th century, channels the Japanese-American designer’s fascination with surrealism and zen gardens. It was developed using traditional Japanese materials and remains one of his most iconic designs. Its asymmetry owes much to Noguchi’s Japanese artistic education.

Our Japanese Craft Market also features select furniture from Hida. The Kinoe Chair and Bench, designed by Ibuki Kaiyama for Hida, are both made from cedar wood and feature delicate yet sturdy spindles that shape around the body.

Another piece of not is the Seoto Chair designed by Motomi Kawakami. It perfectly balances beauty and functionality and is made from white oak, making it light in colour and in form. 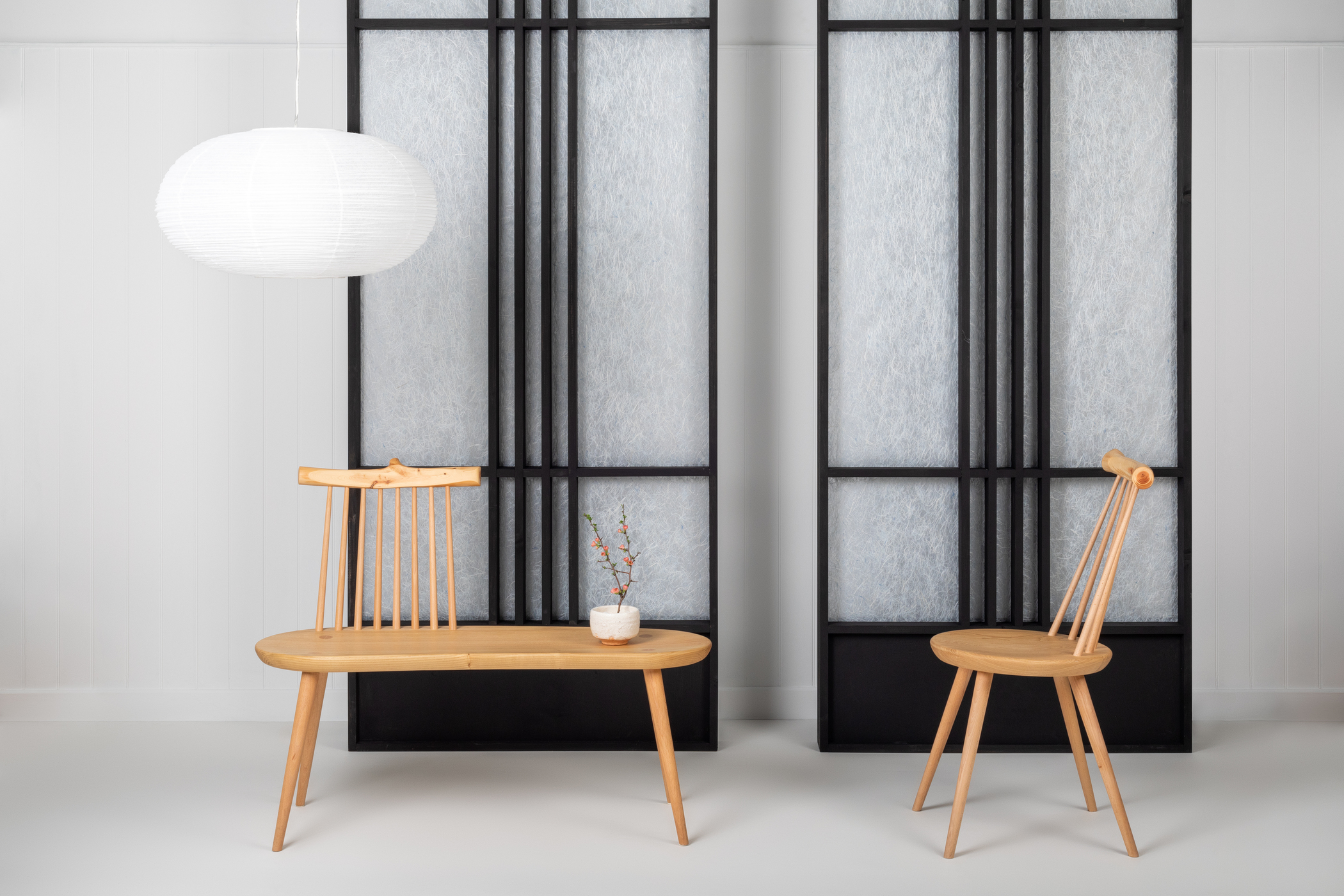 The Kinoe Chair and Bench by Ibuki Kaiyama for Hida

More than just an aesthetic

But Japanese design is more than just an aesthetic – it’s a philosophy rooted in ancient ideals and schools of thought.

These ideals include wabi, sabi and yugen. These three main principles, as well as a handful of others, underpin the Japanese aesthetic which elevates it an integral part of daily life rather than just a way of thinking.

Wabi (rustic simplicity) and Sabi (taking pleasure in the imperfect) refer to a mindful approach to everyday life. Over time their meanings converged to form wabi-sabi, an intuitive way of living that encourages you to find beauty in the imperfect, impermanent and incomplete. It inspires you peacefully embrace the natural cycle of growth and decay.

It is made up of seven core principles follows:

When it comes to applying it to interior design, think of earthy colour schemes in well-balanced rooms that are free from clutter and chaos. Wabi-sabi spaces never appear ostentatious or overly decorated. 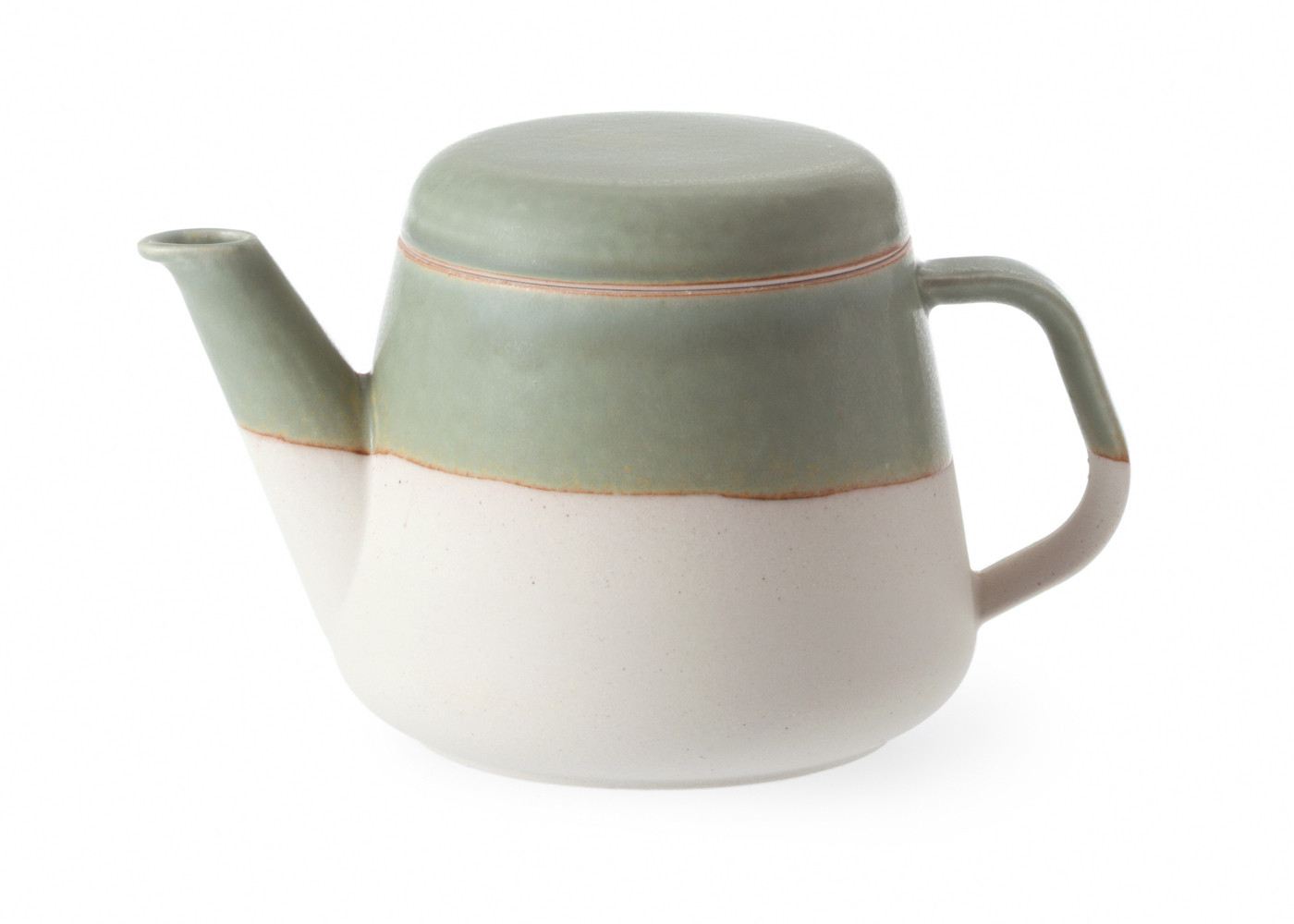 The Hiiro Sky Pot by Talk features a ‘flame colour’ which wraps around the centre of the pottery. It is a natural interaction during the firing process which balances against the matte glaze and clay.

These ancient principles are still seen in modern Japanese design. MUJI, for example, sells a wide variety of quality products which embody Zen design. With the help of Japanese graphic designer, Kenya Hawa, MUJI has strengthened the concept of “emptiness”, whereby their products and packaging enlighten people’s daily lives by wasting no energy or resources on non-fundamental, non-essential elements.

Naota Fukasawa has also been instrumental in the brand’s development and has a talent for making designs feel just right. Fukasawa has designed for a number of eminent design companies all around the world yet all retain his signature pared-back style. Fukasawa compares his work to that of a chef:

“I’m always trying to make good soup. The seasoning of the broth differs according to different countries, cultures, and brands, but I always end up with delicious soup.” 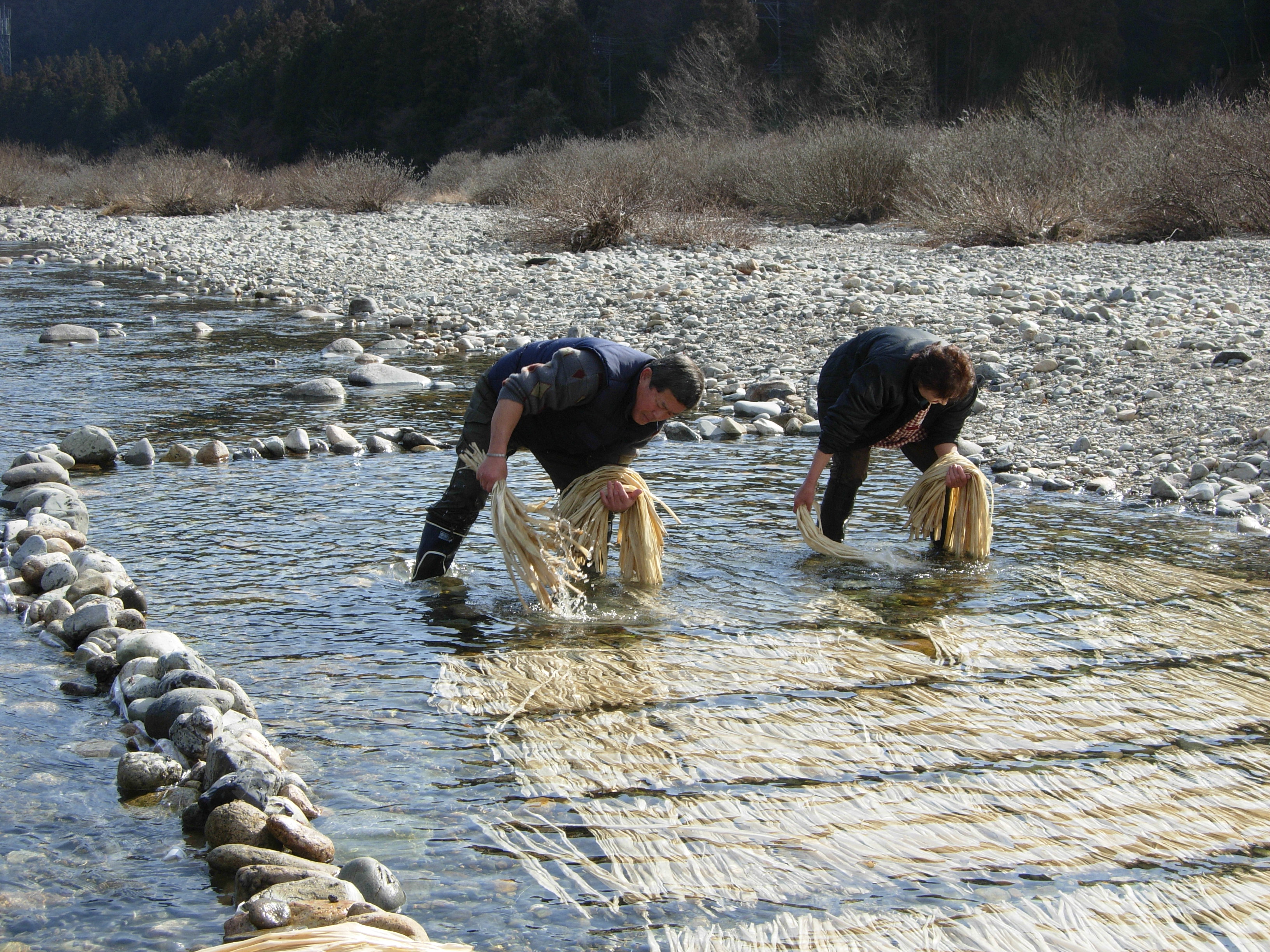 Hon-minoshi paper is made through a series of ancient techniques such as soaking it in clear shallow waters.

The future of Japanese Design

Designers such as Hara and Fukasawa solidified the idea of Japanese design as a minimalist exercise. Traditional craftsmanship and a minimalist aesthetic have found favour amongst Western audiences as the shift towards well—made, deeply cultural products overtake cheaply produced, disposable items.

By leveraging Japan’s key cultural resource and traditional aesthetics, Japan has a bright future in design. Japanese designers are increasingly looking to the past and their roots to inspire designs of the future.

Baku Sakashita is a Japanese designer summed it up well in a recent interview: “The spirit of adapting something from the past is not about it being old or retro — it’s good design. It’s taking good components of older design and incorporating it into something new.”