£298 £238
Out of stock
Sorry, this item is not currently available to order

Dovetail is a pleasing play of interlocking squares and takes its name from the corner joints traditionally used in cabinet-making.
Skip to the end of the images gallery 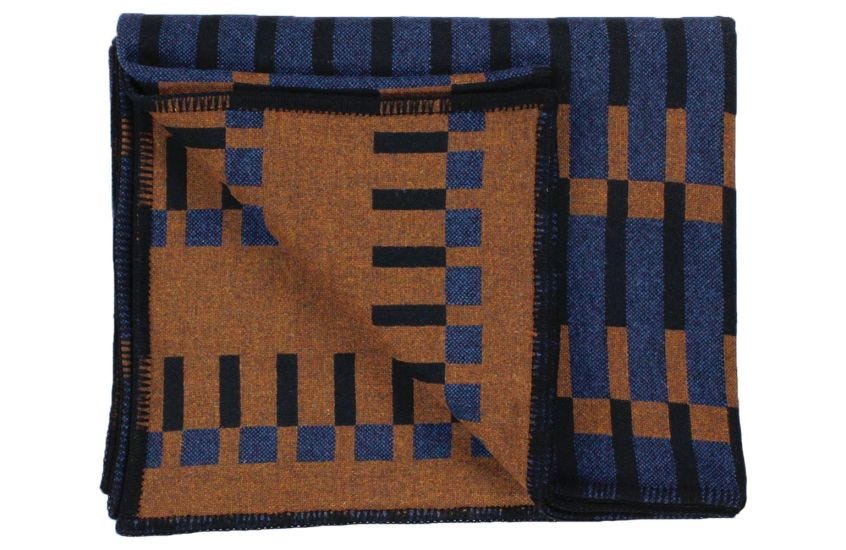 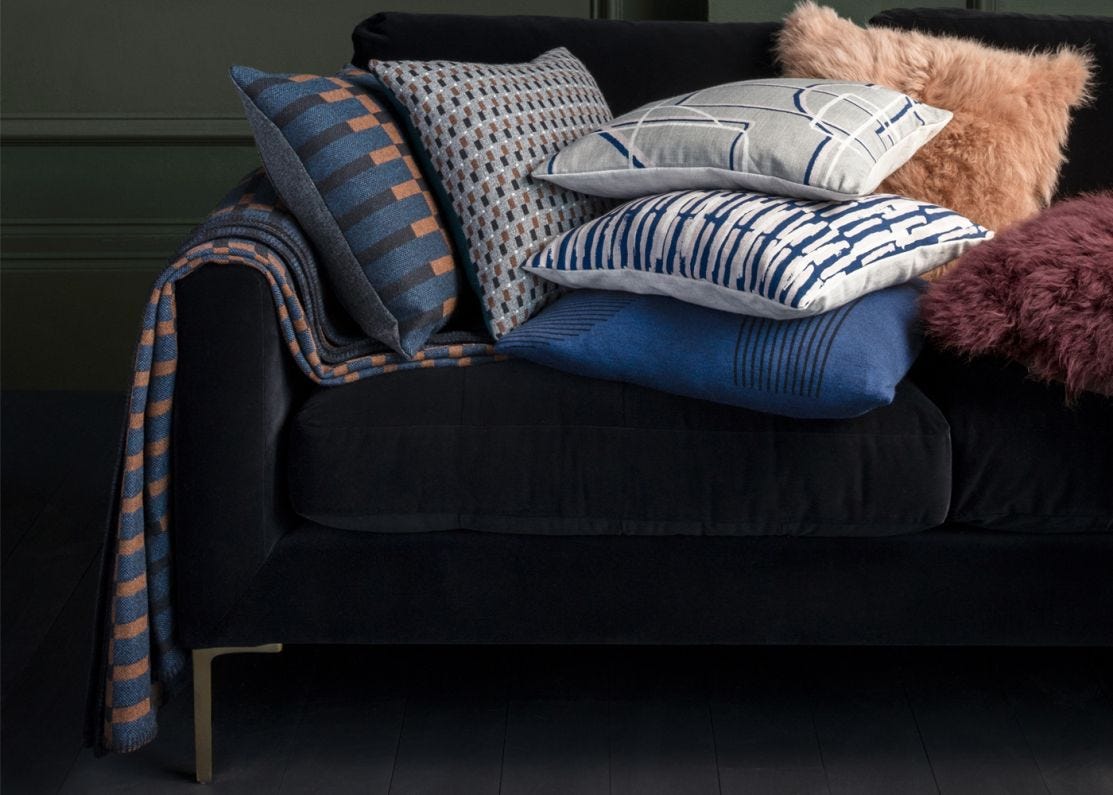 Designed by Eleanor Pritchard, Dovetail mixes petrol blue charcoal and ochre tones to create an intricate weave of thick lines. Dovetail is a pleasing rhythmic play of interlocking squares and rectangles and takes its name from the corner joints traditionally used in cabinet-making.

Woven here in the UK from soft lambswool, each throw has a double sided design that mirrors the pattern on either side.

With a strong affinity for the aesthetics and philosophy of Mid-century design, Eleanor Pritchard’s textile collections and rectangular cushions reinterpret such iconic styles for a modern day audience.

All of Eleanor’s woollen textiles and fabrics are woven in the UK, working with well-respected and highly-skilled British weavers

Using understated geometric patterns, calm greys and blues are mixed with shots of yellow and green to bring a modern twist to British heritage.