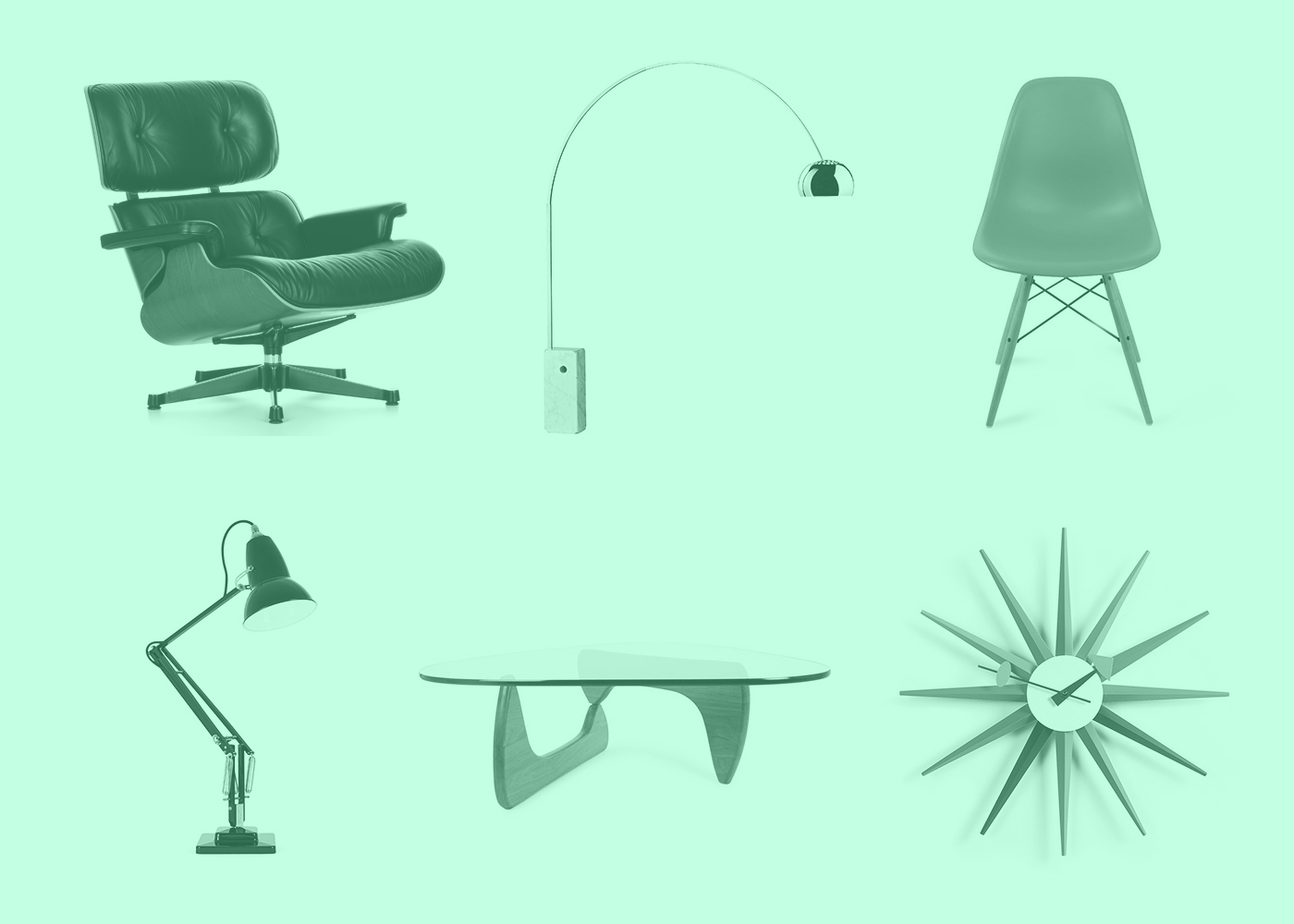 Know your Arne from your Eames? To help you spot the difference between a cheap knock-off and the real deal, we’ve put together this handy guide to some of our much-copied classics.

Starting 28th January 2017, a change in copyright law ensures that it is illegal for UK retailers to sell fake replicas of designer furniture, lighting and homeware. A triumph for iconic design, this means that a piece cannot be copied for up to 70 years rather than the previous 25 year gap, protecting the designers legacy and authenticity of the original design.

At Heal’s, we are proud to say that we have always stocked only genuine modern furniture designs from authorised brands and suppliers. Sadly, not all sellers have been as scrupulous as we are, and the UK is still awash with poor quality copies of iconic designs. So what are the things to look out for when searching for a design classic and how do you know if yours is the genuine article?

What is an “original” design?

People are often under the impression that to qualify as an “original,” a piece of furniture has to date back to an early production run. Yet this has no bearing on the design itself providing a legally authorised manufacturer has made it.

For example, the estate of Charles and Ray Eames has granted reproduction of the mid-century DSW chair (pictured above) exclusively to Vitra in Europe and Herman Miller in America. This ensures that the Eames’s iconic chair is made to the same standards of design and manufacture.

Still widely regarded as the archetypal Anglepoise lamp, the Original 1227 stems from engineer George Carwardine’s design for a new type of spring that could be moved easily yet remain rigid when held in position.

It is these springs that indicate the authenticity of the design with each lamp using three independent springs to provide the arching mechanism. Other giveaways include the lamp’s on/off switch, which is positioned at the top of the shade, and the heavy table base made of cast iron with a steel cover.

The iconic Eames Lounge Chair has been the victim of untold inferior copies. The simplest way to identify a genuine design is by checking the underside of the seat shell where you will find the Vitra or Herman Miller logo (the only authorised manufacturers of Eames products in the world) alongside Charles Eames’ signature.

The base of the seat offers further clues. On a genuine Eames Lounge Chair the base has five legs in a star pattern (the ottoman has four), and is neither too flat to the floor nor too steeply angled. Fakes often have four-legged bases with a spring or rocking mechanism. Designed to be ergonomic and extremely comfortable, the real the Eames Lounge Chair is set at a constant angle and does not recline.

The smooth, seamless look of this chair means there are no visible screws or bolts in the veneered shell and it is instead held together by rubber shock mounts. This technique is expensive and time-consuming, so manufacturers of copies tend to take short cuts, such as using visible screws.

Designed by Achille Castiglioni in 1962, to this day the Arco floor lamp is still produced in Italy by Flos. With the exception of an upgrade to the electrical system and a limited black marble base version in 2002, the use of white Carrara marble and stainless steel has remained unchanged since its launch over 50 years ago.

The most obvious form of Arco fakery lies in its base, with many manufacturers opting for a flat marble stand in order to scrimp on costs. Another useful way to identify a genuine Arco is to check the inside of the polished aluminium ring that surrounds the perforated diffuser, where, provided its genuine, you will find a label displaying the Flos logo. The arm of the Arco lamp can also be cast up to two metres from the base and should feature three settings that allow you to adjust the length of its projection.

If ever in doubt as to a designs origin, it is always worth researching and contacting the manufacturer of the certified piece. Of course, the best way to ensure you never mistake a fake for the genuine article is to visit Heal’s in-store or online where you’ll find a host of classic and contemporary pieces certified by the designers themselves.