The Heal’s Building after Edward Maufe’s extension in 1937

We’re telling the tale of our flagship store, an iconic building that is recognised the world over. However, what is lesser known is that Heal’s has been a feature of the Tottenham Court Road landscape for a staggering 200 years. Here’s the story of how our reign came to be.

The year is 1810. Beethoven has composed Fur Elis and Jane Austen is putting the finishing touches on her first novel, Sense & Sensibility. Meanwhile, John Harris Heal decides to establish Heal & Son, a feather-dressing business that brings French-style feather-filled mattresses to the masses. A short while later in 1818, John Harris Heal relocates his feather-dressing business from its original location on Rathbone Place to 203 Tottenham Court Road, marking the beginning of an epic 200-year journey of retail and design on Tottenham Court Road. 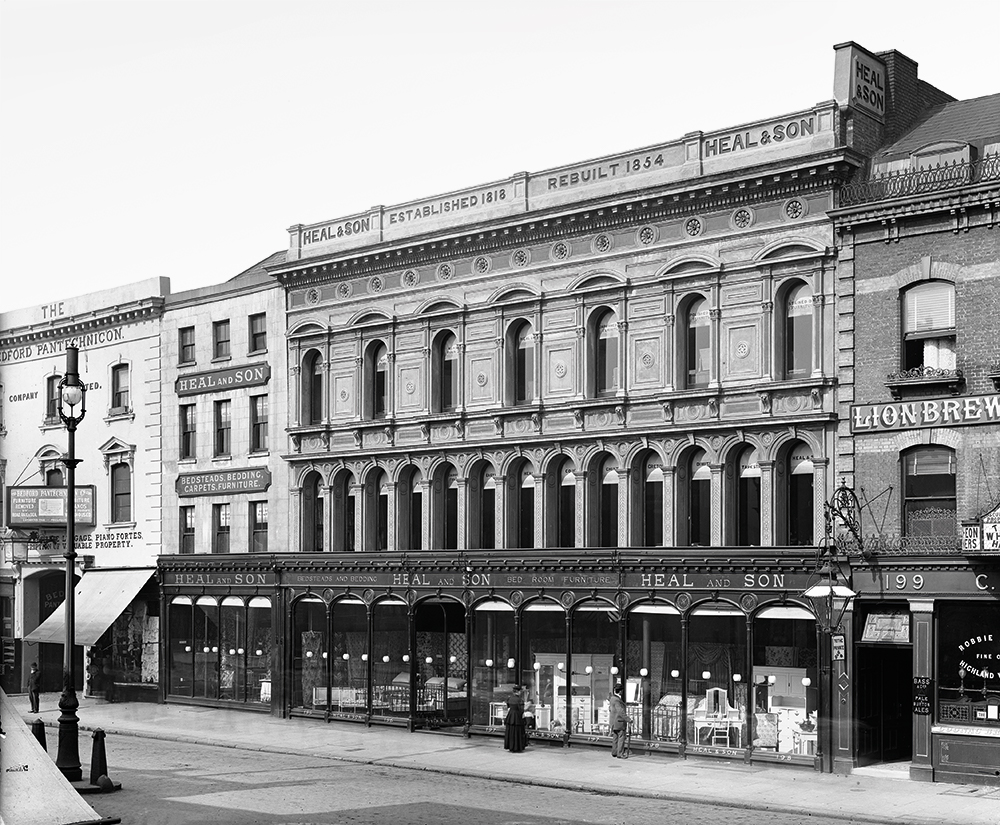 In contrast to the bustling, metropolitan place that it is today, the site was a primarily rural location and the lease even stipulated there must be appropriate accommodation for 40 cows. After John’s death in 1833, his widow, Fanny Heal, preserved with the family business, renamed the firm Fanny Heal & Son, Bedding Manufacturers, and moved the premises in 1840 to the current site at 196 Tottenham Court Road.

After a period of substantial growth, Heal’s needed more retail and workshop space. In 1854, architect James Morant Lockyer – an authority on the Italian Renaissance period – designed a new building in Venetian Palazzo style to incorporate 186-198 Tottenham Court Road. The new Heal’s shop became one of the largest in London. 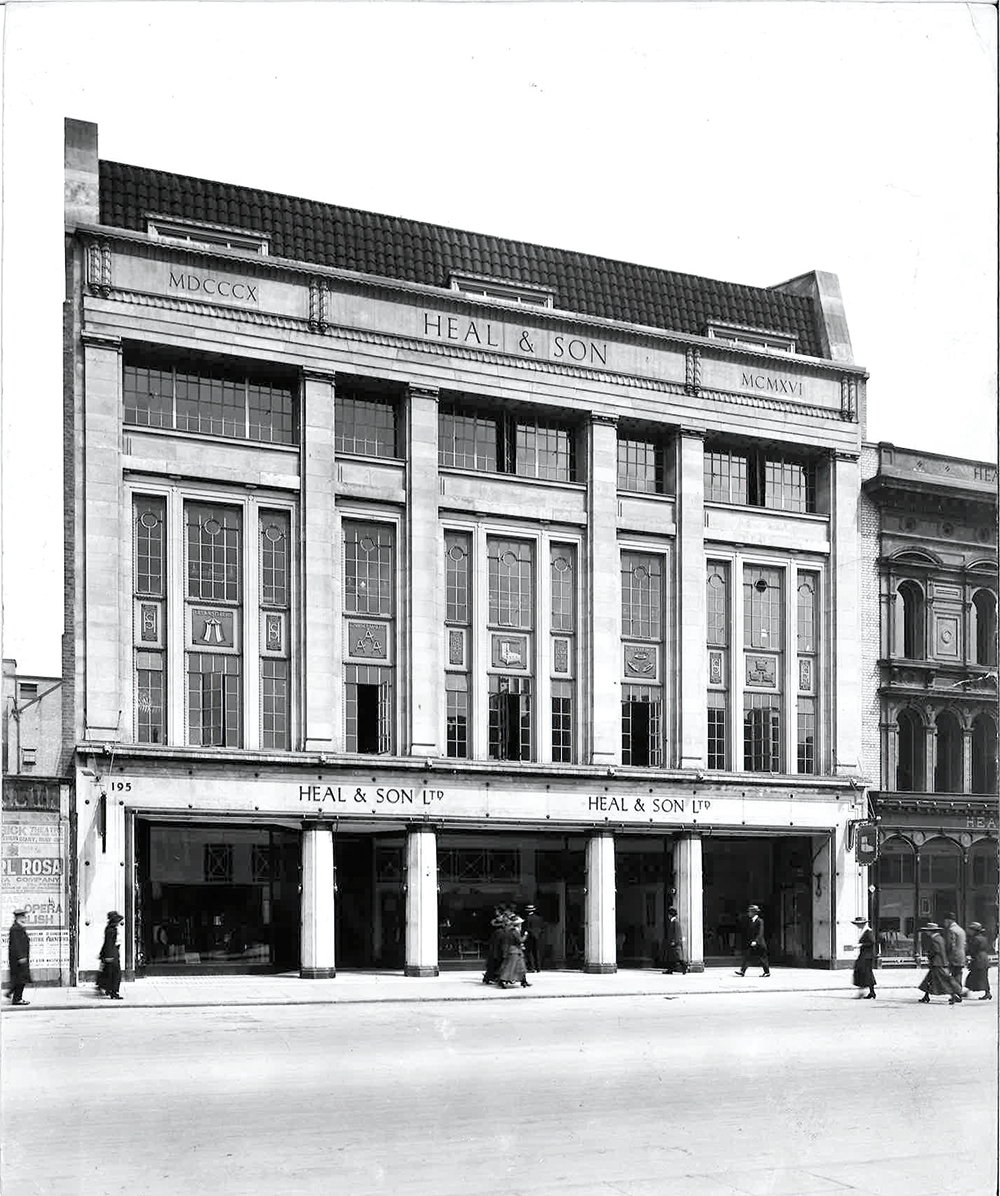 Since then the building has continued to evolve. In 1916, the original building was demolished to make way for a modern store for modern times. Cecil Brewer, Ambrose Heal’s cousin and best friend, was tasked with designing the new flagship. He also installed the iconic Cecil Brewer staircase, now known as the most photographed staircase in London, which spirals up through the back of the store. 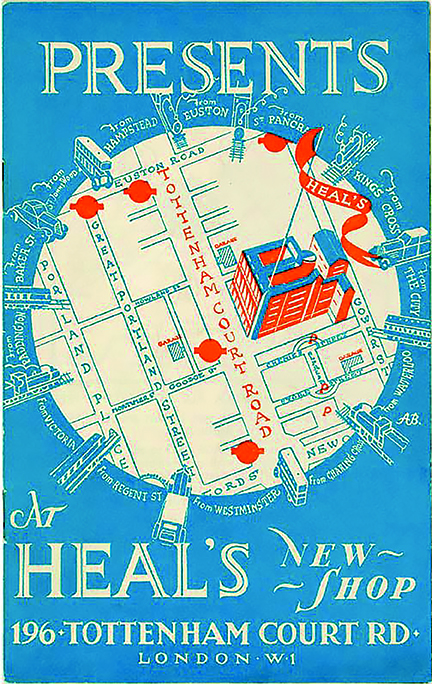 An original advertising illustration from 1937 showing transport links to the store following its extension designed by Edward Maufe.

Ever since, Heal’s has continued to house some of the world’s most famous designers and furniture brands, cementing itself as a British retail institution. Our heritage is displayed proudly on the store front, with a series of blue and gold plaques that highlight the crafts through which Heal’s has made its name — metalwork, pottery, bedding makers, to name a few.

We’ve become an enduring presence on London’s ‘Furniture Street’ and while we are joined by a number of other prestigious retailers, no one’s roots are buried as deep as ours. Heal’s has witnessed the reign of seven monarchs, three turns of the century, and two world wars. 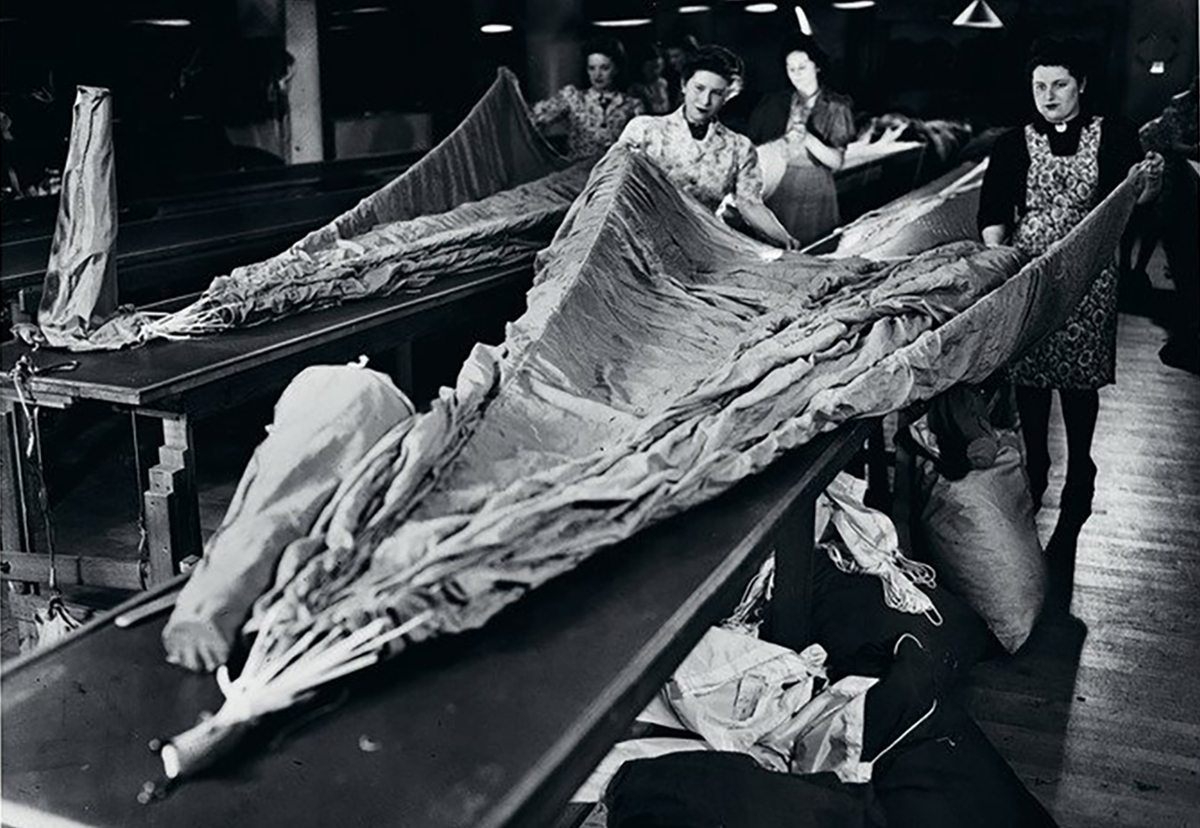 In fact, the Heal’s building played a vital role in the World War II. As historian James Taylor explains, “A dramatic rise in consumer expenditure was interrupted by the Second World War. Heal’s, like so many companies, turned from the manufacture of goods for civilian consumption in peacetime to producing the military equipment needed in a war for Britain’s survival.”

The Workshops on the upper floors were used by machinists for making parachutes for the Ministry of Aircraft Production. By the summer of 1940, space was so tight that the operation spread beyond the workshops into the showrooms, with more sewing machines set up to cope with the demand. 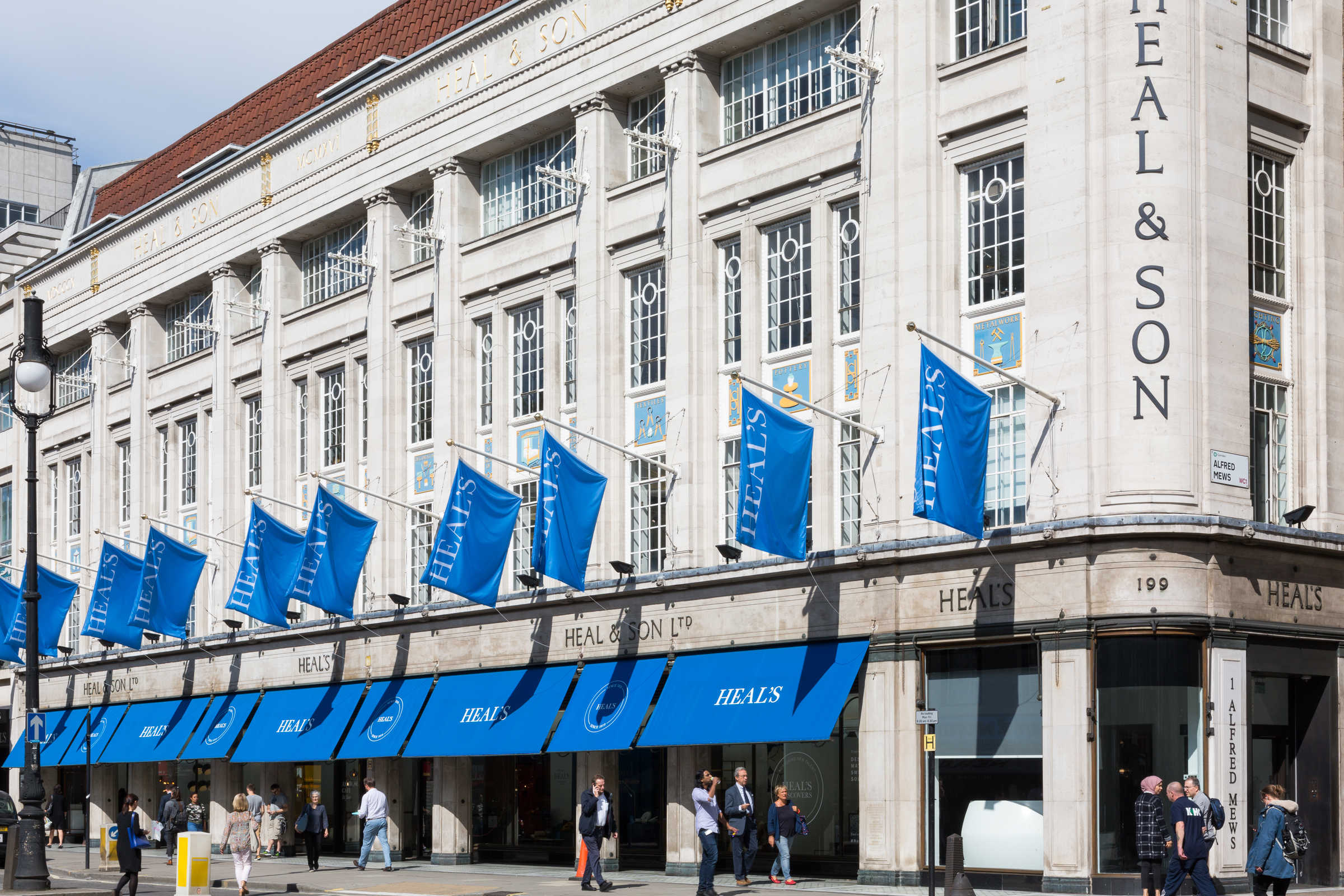 Over the last two centuries, the landscape of London has changed drastically yet the presence of Heal’s has remained constant. We’ve welcomed millions of people from all over the world through our doors and, with plans for Tottenham Court Road to become increasingly pedestrianized, we plan to welcome millions more over the next 200 years.