Channel contemporary design in your living room with this on-trend AV unit and its statement brass-plated legs.
£599.00 £419.00
In Stock only 1 left.

Skip to the end of the images gallery 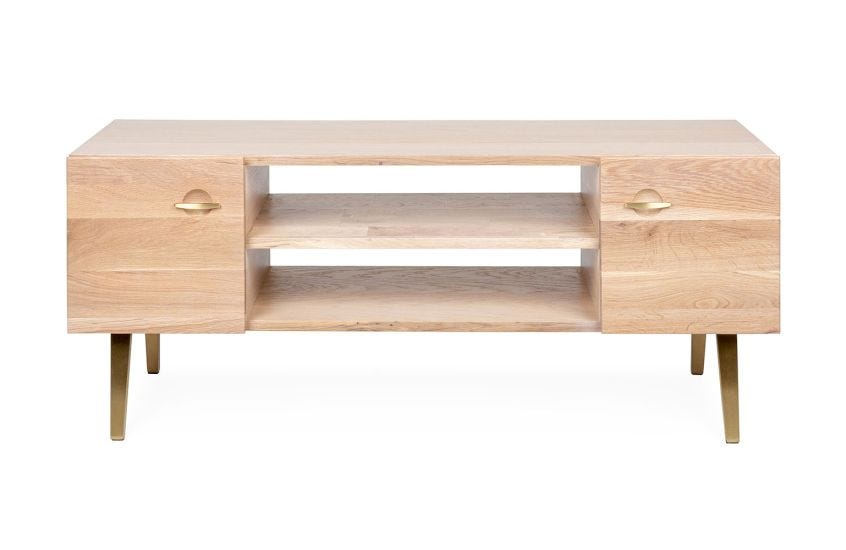 Created by British designer Rob Scarlett exclusively for Heal’s, the solid oak Crawford AV Unit is a design that deserves to be the centrepiece to your living room. The contemporary design combines its blonde oak surface with powder-coated steel legs and hand-cast solid brass handles in a nod to recent trends of mixing metallic materials with wood. 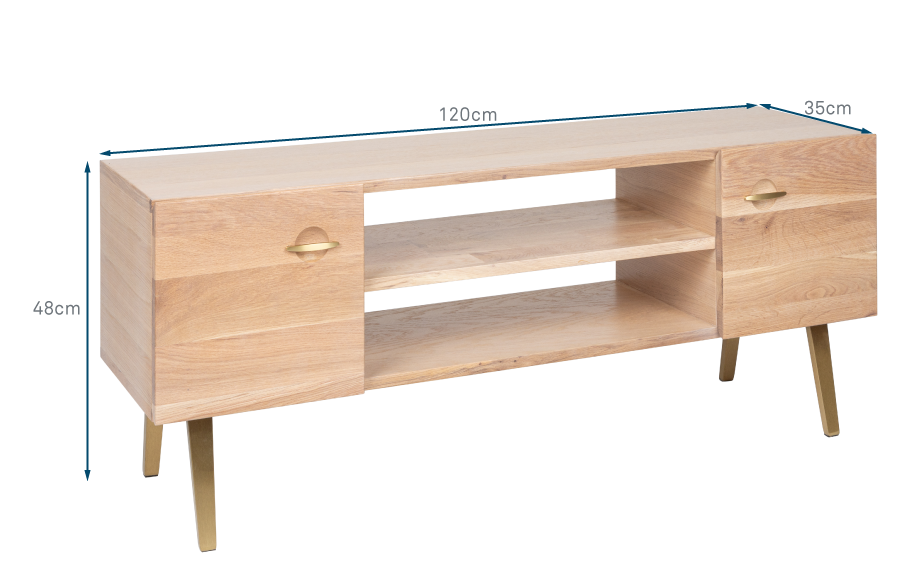 There are no reviews for this product.