£749
In Stock normally delivered within 1 week

With a 1950's style silhouette, the Brunel low chest is a stylish storage option, made with expert hand joinery and softly curved edging throughout.
Skip to the end of the images gallery

The Brunel range in dark stained oak is the epitome of sophisticated urban living.

Made from polished dark-stained oak and black brushed-metal, this low chest of drawers offers a spacious and stylish storage option. The simple rectangular shape is accentuated by classic hand joinery and softly curved edging, plus 4 drawers in two sizes.

A versatile piece, perfect for any contemporary or traditional bedroom or living set up. 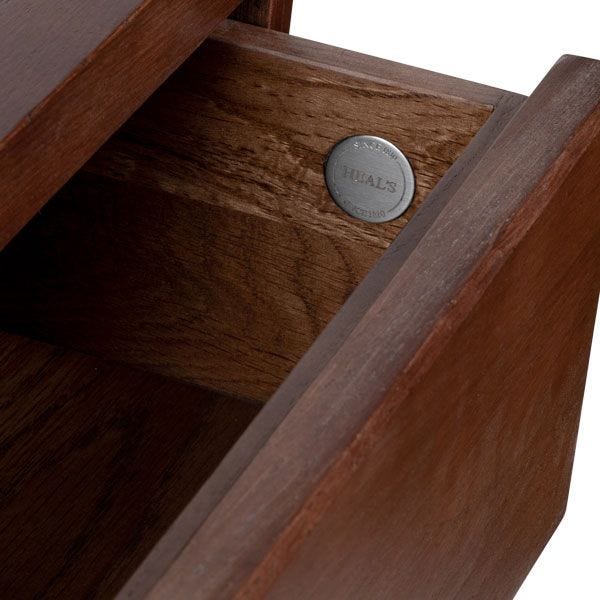 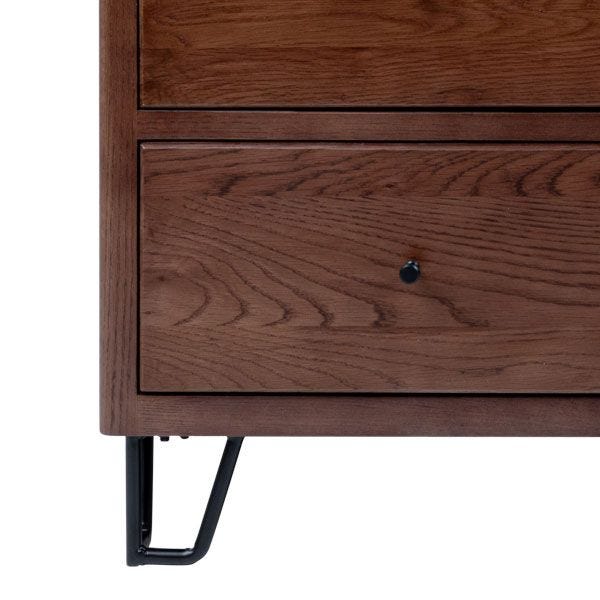 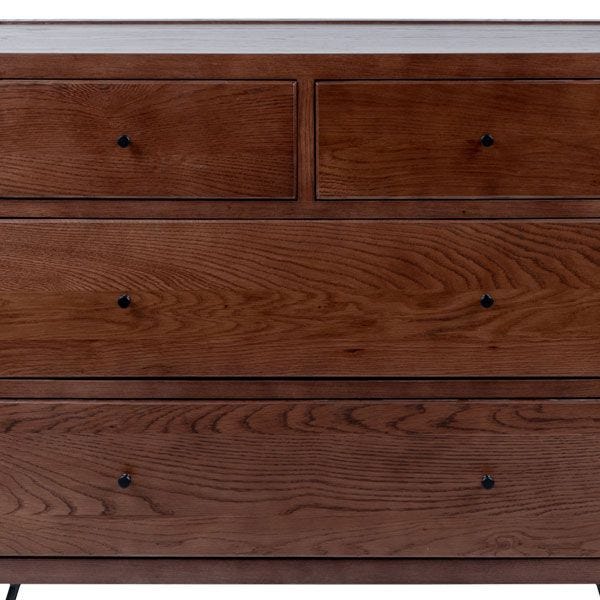