£7,056
Out of stock
Sorry, this item is not currently available to order

Pay in 12 instalments of £588 with interest free credit.

Or spread the cost over 36 months at 9.9% APR
An icon of the modern movement, the Barcelona Chair is a tribute to the marriage of design and craftsmanship.
Skip to the end of the images gallery

One of the most recognised objects of the last century, and an icon of the modern movement, the Barcelona Chair exudes a simple elegance that epitomises Mies van der Rohe's most famous maxim–“less is more.” Each Barcelona piece is a tribute to the marriage of modern design and exceptional craftsmanship.

To celebrate the anniversary of the Bauhaus, where Mies van der Rohe was the director from 1930 until the closing of the school in 1933, Knoll focuses on the iconic Barcelona® Chair designed by Mies himself, presenting a limited-edition version in green leather.

Available in limited quantities, each special edition chair is certified and numbered to commemorate the centennial of the Bauhaus and the close connection between Knoll and the foundations of its outstanding design. 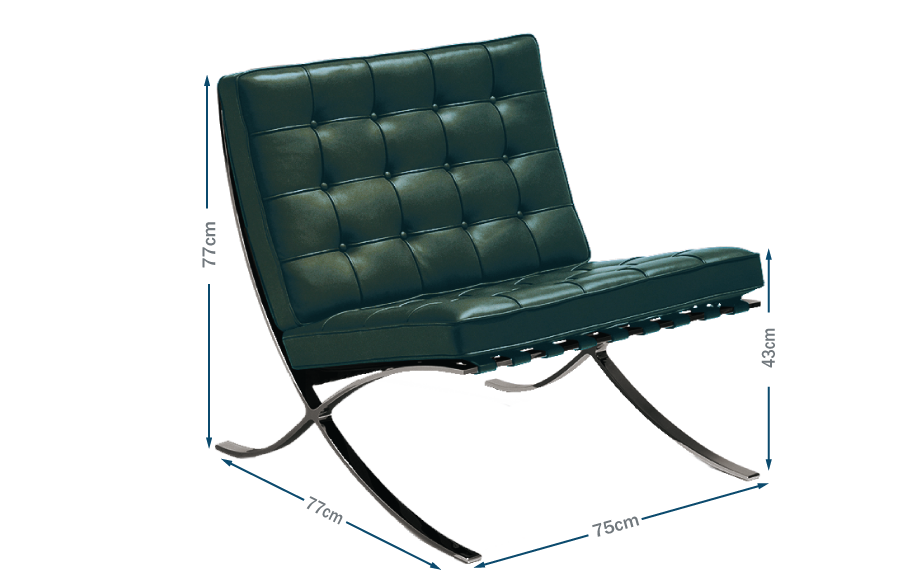